A long time since I have posted!

I am very pleased to announce I will be showing at The Other Art Fair for the 4th time this October.

The fair will be held at the brilliant venue The Old Truman Brewery in Brick Lane, London, and will be open to the public between the 16th and 18th October. Here is the link for a complimentary ticket

I will be showing brand new work; including a piece from Pripyat. In the 1970s, the town of Pripyat, less than 3 kilometers away from the reactor, was constructed for the Chernobyl nuclear powerplant’s personnel. Once a beautiful town by Soviet standards, it’s 50,000 inhabitants were evacuated 36 hours after the accident. Today a chilling ghost town, it’s buildings bear witness to the hasty departure. 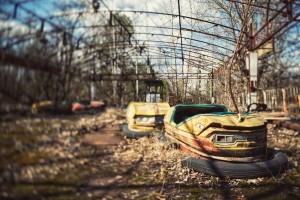 I look forward to seeing you there!

About the Author: Sophie Mae Ford